On ending the year

Year 2 I did finals on the last day of class, because the school required it and my room was in the center of campus. I was returning—probably. (I looked for new jobs; an offer came in too late to accept). Better part of something not to flout administration, so I did the final on the intended day.

Every other year, I’ve a series of finals or one big one in the days before, and show a movie during the two hour final period. I’d misplaced my copy of Rear Window the year before, so on Friday it was the featured film in all three classes.

I’ve mentioned before that I don’t really give a damn if my kids love math or just survive it, find “Hamlet” enthralling or torture, or are really interested in what the Founding Fathers thought of strict vs. loose Constitutional construction. But they will by god not turn up their noses at classic films.

And so three times, my film buff’s heart just went pitty-pat thump thump with satisfied joy as twenty to thirty kids shrieked in horror when Lars Thorwald came around the corner of the hall while Lisa was still in the apartment, or gasped and flinched when Burr realizes who’s been watching him. 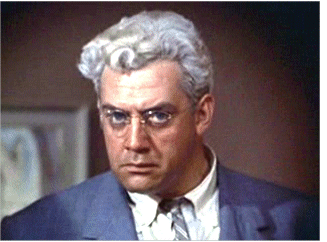 One girl had seen it already, and she confided that the beginning was slow.

“That’s because you’re used to a different style of movies. But think of this as a novel you’re analyzing for lit class. Look for subtle changes in Stewart’s behavior, for the first time he openly reaches for Lisa instead of fending her off. Or look at the window stories and see how many of them are just reinforcing the different outcomes for women and relationships. And remember this: at the end of the first 30 minutes, Lisa asks if either of them can ever change. Consider that the rest of the movie as an answer to that question.”

She came up to me after it was over to say that she’d never before realized that movies were “just like books”.

“I could write an essay about Rear Window for the SAT!”

“You could indeed. Make a nice change from Martin Luther King.”

Anyway. A richly rewarding experience. Maybe even for my students.

On to the year-end check out.

While the last days of school are usually pretty easy, the very last day of duty is a hassle. Teachers have to get signed off on a bunch of things over the summer, turn in their keys, and leave. You can tell the teachers who count every second of the summer, who have been preparing their room for the end days for at least a week, who know the checkoff list by heart and have it all done before the last bell rings. They’re the ones waiting in line on Friday morning for an admin signoff so they can prove to the principal’s secretary that they’ve changed their voicemail password and turn in their keys.

Then there are teachers who make a day of it–eh, summer’s here, they won’t rush. These are teachers for whom the most significant task—room cleaning—is something they’d rather not think about. They come in late, sigh at the mess of their room, do some grading, get grades in, lackadaisically pack up a few boxes, go get coffee, come back and sigh at the mess of their room, shove a bunch of stuff into their car, go get lunch, toss a bunch of stuff they’d been saving in case they needed it, jam anything left over into their cars, and then look at the sign-off sheet to see what other tasks they need. By this time it’s usually late afternoon and everyone’s left, so they skate the things like turning in two copies of grades, turning in keys, changing voicemail and so on. They email the principal’s secretary and drop by a few weeks later to turn in their keys.

You’ll never guess which sort of teacher I am. Go ahead, guess.

Year 1 and Year 3, I was leaving the schools, so I’d taken all my belongings home earlier. The actual last day, I looked at the various things acquired at the school, remembered where I’d found them, realized no one would give a damn if they were gone, so shrugged and took them, too. Like the really cool geometry book I found stuffed into the corner of a box of books the previous teacher had left for the trash, or the white board found jammed into the back of a junk room that had “3/5/04” on the meeting agenda written (but still removable) on it. Or the massive trunk of fantastic manipulatives, taken from a room stuffed with such trunks that the book clerk told me had been there for five years because “no one used them”. Indeed, at my school, I was the only one who used them, along with the set of 30 student-sized white boards that I talked up to all my colleagues, who all looked at me perplexedly. “They’d just use them to draw on, or scribble obscenities.” “Sure. but sometimes they do math.” No takers. They’ve been put to good use. Those years I was usually the last one out, or close to it, but would usually turn in my keys early and then just prop my door open.

Years 2 and 4, I didn’t leave schools but changed rooms, which required me to pack my car much as if I was leaving because lord knows what gets lost in a move. Last one out both years, had to drive back to the schools to turn in my keys later.

Year 5: I am staying for a third year. No room change. My summer job doesn’t start until Tuesday, so I have an actual brief break to enjoy. Vowing to commemorate the occasion with a behavior change, I stay late both Wednesday and Thursday, finishing all but a bit of my grading, and get much of my room boxed up. On Friday, little to do but finish up grading and pack the boxes, computers, printer, lots of books, office supplies into my storage closet—nothing to come home! Then I bought a lock at the Dollar Store. Last thing in the closet, just before the lock, my class rules sign, made in Year 2, a big piece of thin yellow paper. I don’t like throwing things away.

What was left? Grades done. What was the stuff I usually skated because I was late? Oh, print out copies of grades. Check. Change voicemail. Well, I never set it up to start with, so that should be easy. But the preset password didn’t work. Oh, that’s right, our voicemail system had crashed. Use the system default. Didn’t work.

I sat there, perplexed. Wait. Is it possible that I did set it up after the crash? I vaguely remember the principal’s secretary telling us that the system would be upset if passwords were left in default. Could it be that I’d complied? I never do voicemail. Never. But if I had done voicemail, my password would be….

“You have three messages.”

Only three? Pretty good. Does this mean I’d set up a voice recording?

“Hi, this is Ed. I’m happy to get in touch with you, but to ensure a record of all my interactions, I prefer that parents contact me via email. If this is a problem, please send a note in with your student and I’ll be happy to contact you. ”

The only three messages were system-wides from other teachers. It worked!

I must have set this up in an extra five minutes I had between classes. Not a single memory of it, though.

I was done! Everything signed off, grades done. Turned in the keys. People were still cleaning their rooms. It was 3:30. I wasn’t last!!!!

Then I realized I’d left my laptop and the few take-home things in the classroom. To which I no longer had the keys.

Thank god a custodian was walking by right then. He didn’t even laugh at me.

And so summer begins.